Legia Cup 2017 just ended. Anderlecht Bruksela became a winner and Juventus Turyn placed the second, so the winners are the teams we liked the most 🙂 That means the joy and ease together with tactical maturity have won.What do the young footballers of the top european football academies do that they look better from Polish young footballers participating in Legia Cup in terms of football capabilities and general phisycal conditions? prostozboiska.pl decided to find out how much time the young footballers that practise in five european academies spend on football training. We approached the best source of information – the parents present on the tournament. We put their answers in one table, which is presented below: 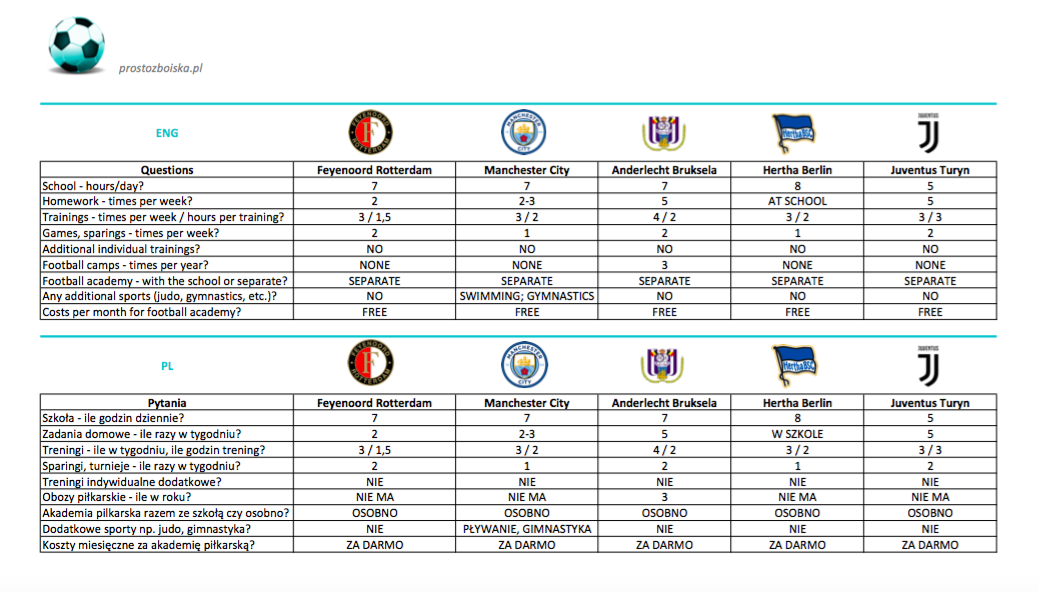